The Terminal List premiered on Amazon Prime Video in July 2022 and within a month, has 1.6 billion minutes streamed. Starring Chris Pratt, this blockbuster streaming series is based on #1 New York Times bestselling author and former US Navy SEAL, Jack Carr’s novel series of the same name. Chris Pratt stars as Lieutenant Commander James Reece, a Navy SEAL team leader whose squadron is ambushed while on a covert mission. Reece is one of only two survivors and upon his return home, he discovers an ominous conspiracy, setting him on a course to bring adjudication to those who set his team up. This riveting action thriller is heralded with a 95% audience score and you may be wondering what guns are used in The Terminal List? From H&K to Glock to Rugged Suppressors, let’s go over some of the most iconic gear used by Reece and his team throughout the series.

The HK416 is widely issued to US Navy SEALS. In the season premiere, Commander Reece’s SEAL team is equipped with 10.5” HK416s rocking Vortex AMG UH-1 red dots, L3 Insight Technologies PEQ-15s, Cloud Defense Rein weapon lights, Magpul Pmags, and BCM furniture. The SEALS shoot suppressed with Rugged Suppressors Micro 30 silencers, available at Silencer Shop, as they embark on their covert operation. Spoiler alert: the HK416 not only opens the series, but it also closes it as the same rifle is used by Reece for his infiltration mission in the season finale. The Episode 8 rifle adds an Accufire Incendis thermal optic, loses the PEQ-15, and swaps the Cloud Defensive light for a Streamlight Pro-Tac.

When Reece returns to the US, his go-to rifle is a BCM Recce-14 SX4: a 14.5” AR15. Reece’s BCM rifle sports an Aimpoint Micro T-2 with an Aimpoint X-3c Magnifier, MBUS, Cloud Defense OWL-HI weapon light, and a Rugged Suppressors 3-Port Muzzle Brake. It’s also equipped with BCM grips and stock, Magpul sling, Burn Proof Gear Rail-Rap, and appears to have a full-auto selector switch. Reece trusts this set up to do most of his heavy lifting during the series; he carries it during many of his operations in Episodes 3-6.

The Glock 19 is one of the most iconic handguns in the USA, so it's fitting that this veteran grabs it for his everyday carry. Do you want The Terminal List EDC? Reece’s Glock is built with custom stippling and framework, Taran Tactical Carry Magwell and +2/3 Base Plates, carbon fiber striker plate, and Trijicon HD XR night sights. Reece succeeds in a number of gunfights with his Glock in Episodes 3 and 4. In Episode 5, Reece uses a different Glock 19 as it has a threaded barrel ready for his suppressor.

Reece and his team utilize suppressors consistently throughout the series. In the premier episode, we see the SEAL unit outfitted with HK416s and the Rugged Micro 30. Shooting suppressed reduces the volume to increase hearing safety. It also minimizes flash and sound signature, collectively improving communication between the team. The Rugged Suppressors Micro 30 reappears in the series finale, as Reece storms an enemy compound with his own HK416. During the raid, we see Reece without hearing protection, but he's still able to hear ambient sound, which is one of the benefits of having a suppressor on your firearm. In Episode 2 Reece performs an interrogation on one of his enemies, delivering one of the show's most iconic lines (comment below if you know what this is) while using a Kimber Warrior with a Rugged Obsidian 45. The nemesis of the series are seen in Episode 5 with the Obsidian 9 and Obsidian 45.

Eqiup your HK or BCM rifle with a Rugged Suppressor. 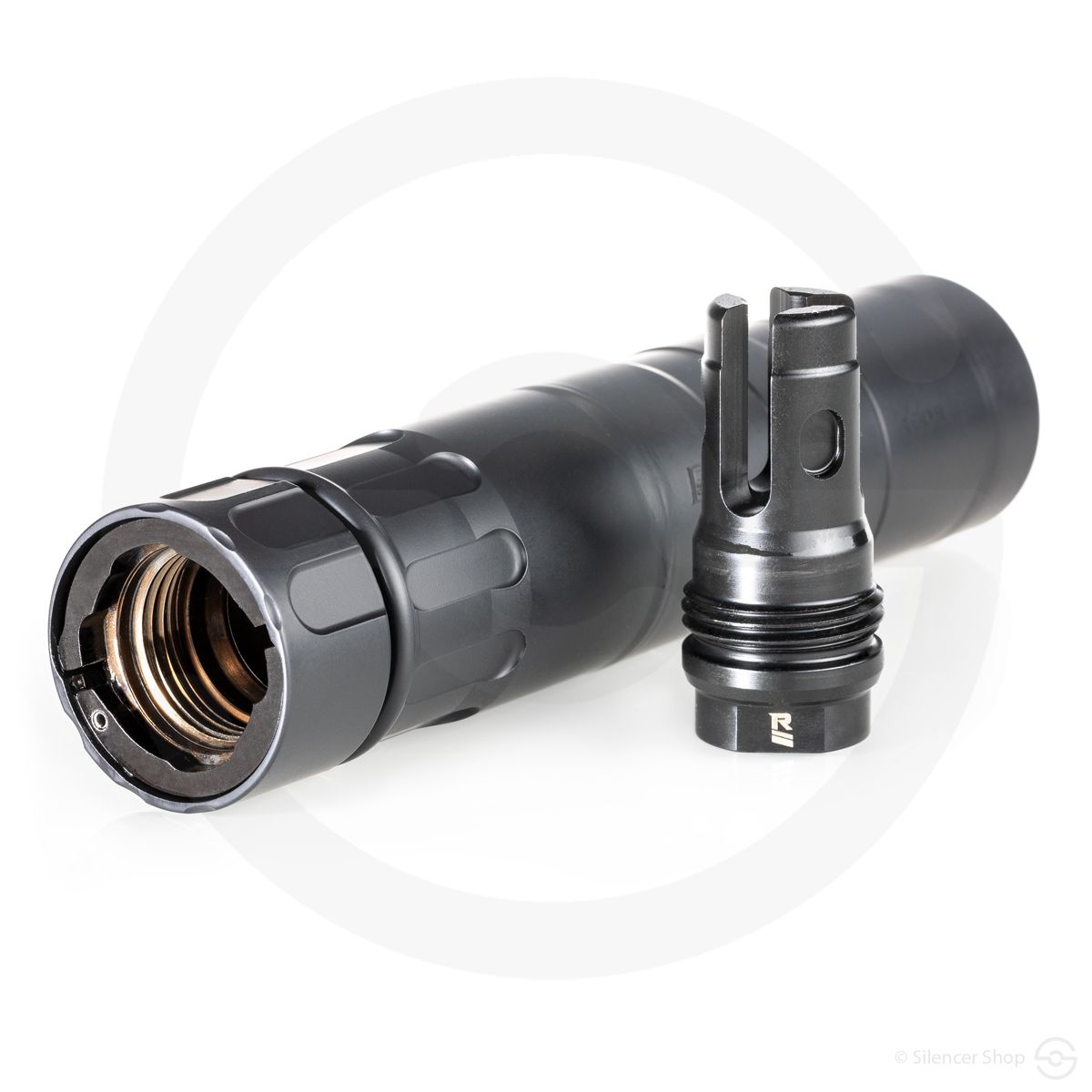 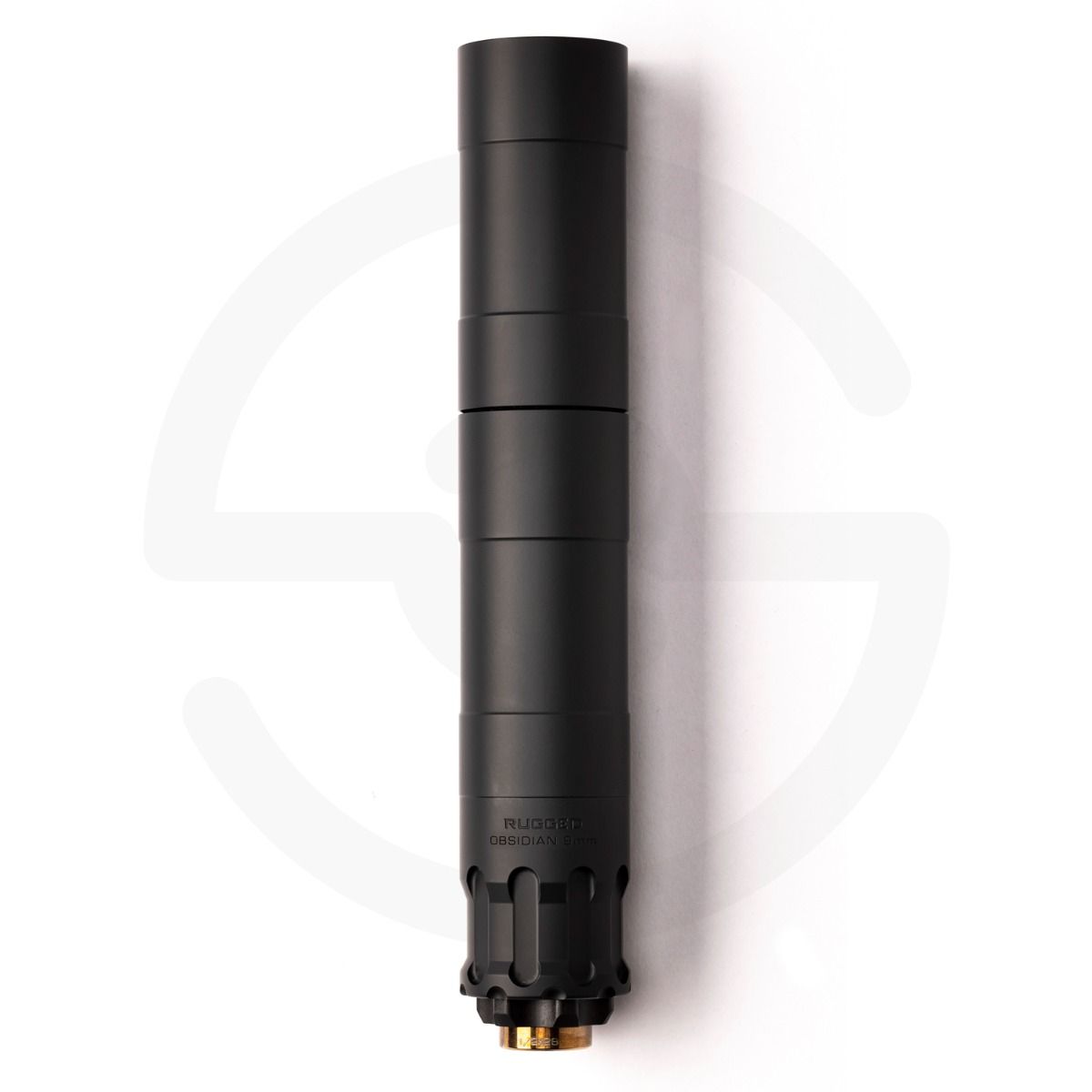 Taylor Kitsch plays Reece’s right-hand man, Ben Edwards. In Episode 4, Ben joins Reece on an operation to find a man they believe killed Reece’s family. Ben selects his 18.5” Beretta 1301 shotgun as his weapon of choice for the mission. Outfitted with Aridus Industries stock adapter and Magpul SGA stock, Aridus YT-1301 bolt release, Aridus 1301 Zhukov handguard assembly, Inforce WML light, and Nordic Components mag tube extension, Ben is able to quickly engage multiple targets at close distance as he clears the compound with his squad. Ben masterfully manipulates the semi-auto shotgun while demonstrating the effectiveness of 12 gauge at close range, we see his skills on display when he performs multiple dual loads to get the shotgun back up and running to stay in the fight. The action scenes in The Terminal List awesomely depict the tactical use of the weapon system, and the Beretta 1301.

Though it isn’t a firearm, the WK RnD is the centerpiece of two of The Terminal List’s greatest scenes. The axe used by James Reece features a maple handle, tribal carvings, and a front spike designed for combat applications. The RnD Axe was designed in tandem between Master Bladesmith Daniel Winkler and renowned Sayok Kali martial arts trainer Rafael Kayanan. The handle is designed with 2 grips; a standard full throw position and a second close quarter fighting grip that is designed to mimic the grip of a handgun. In Episode 4, Reece uses his hand axe to confront the man who killed his family, creating one of the most pivotal interactions in the series. Reece deploys the RnD again in the season finale to dispatch a guard that he encounters in hand-to-hand combat.

“We made it for the soldiers, sailors, airmen, and marines that went down range to Iraq and Afghanistan so they could sit on the couch and say ‘Hey these guys put in the work, they put in the effort to make something special’” said Jack Carr. More than 25 former SEALs were included in casting and consulting to ensure the movement, tactics, and gear for Grade-A accuracy. For even more Terminal List gear check out the Jack Carr gear guide.