This morning, the ATF held their first industry roundtable to discuss plans for eForms 2.0 – which is refreshing since there hasn’t been any reliable information released since eForms first went down in April.

Personally, I think the event was useful, and here are the biggest takeaways:

Since eForms went down, the NFA Branch has worked to keep wait times down by throwing more people at the pending applications. This isn’t a long term solution, and they appear to realize that; but, it is definitely helping in the short term.

Some of the statistics they threw out were:

Even though this ‘surge’ is just a stop-gap measure, the major upside is that the new examiners will still be around when eForms 2.0 finally comes online – so we could see some serious drops in wait times over the next year or two. 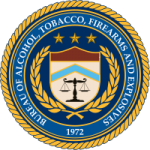 Although the NFA Branch is throwing serious resources at pulling wait times down for paper forms – it sounds like any rumors of Form 4 submissions coming back to eForms in the coming weeks aren’t correct. It’s possible they may try to bring Form 3′s back online; but, there appears to be some internal debate over whether the system can even handle that load.

With the return of Forms 1 and 2 (and potentially 3) to the current eForms Carrousel, the ATF is placing a clear emphasis on bringing Form 4 submissions to the new 2.0 platform first.

There were a lot of great ideas provided at the roundtable, and I hope those ideas will result in a better/more stable system for everybody. Honestly, I was a bit doubtful that this roundtable would be worthwhile at all since it’s easy to fall into the traps of either ‘over-designing’ or just whining about the current system. I’m very happy to have been proven wrong – and I’m optimistic that eForms 2.0 will deliver what the industry is looking for.

It sounds like they would like to have a working system up and running in 3-6 months; but, with the bureaucracy that’s involved, it could be as long as a year. Personally, I’m going to root for the 3-6 month option.

I will admit that I’m a little surprised that they aren’t going to try improving the back-end of the current system to hold everybody over until eForms 2.0 is released – but it doesn’t sound like that option is on the table.

I’ve been a software developer for all of my adult life and I’ve seen several great projects that were never actually released because of ‘feature-creep’. In some ways, the best possible approach to eForms 2.0 would be to get a minimum viable product out the door that works well – and then add to it using an iterative process. Unfortunately, I don’t think the gov’t processes will allow that type of approach.

Regardless, I think the ATF is definitely moving in the right direction by pulling industry participants into the design process. I’m also happy that they’re finally attacking the wait time problem that has gotten so severe over the last couple of years.