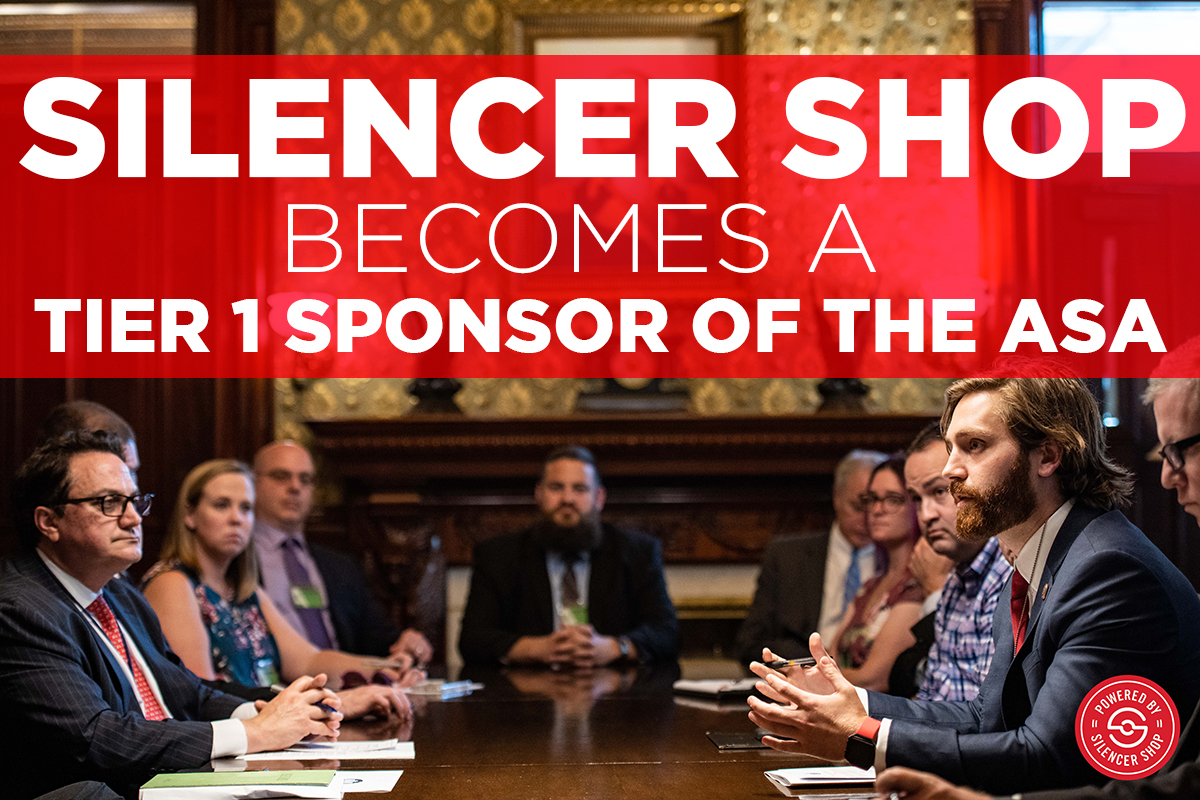 Silencer Shop is proud to announce an enhancement of our longstanding relationship with the ASA from Tier 2 to Tier 1 sponsor. Since 2011, the NFA industry as a whole has grown 479%. This staggering growth can be largely attributed to firearm education, as well as the proliferation of special occupation taxes (SOT’s), allowing local gun stores to provide NFA services. To continue with this growing success, we are eager to commit further resources to bring the requests of our industry to the chambers of Capitol Hill.

Together, with every participating member of the ASA, we regularly meet with key decision-makers at the BATFE, Congress, and White House as a proactive voice for our industry.  The ASA is instrumental in this cause, helping organize meetings, events, and regularly interfacing with BATFE.

As the ASA’s efforts grow, so do their needs for resources and support. With the Presidential election just around the corner, the need to defend our rights is at the crux of our efforts. Alongside our fellow contributing industry leaders, we have the ability to make real change in pro-suppressor reform by addressing key obstacles in the application process.

“Silencer Shop’s commitment to pro-suppressor advocacy is unquestionable. They are leading the way in the fight to defend and advance suppressor rights across the country. The American Suppressor Association couldn’t ask for a better teammate,” said Knox Williams, President and Executive Director of ASA. And teammates, we are. Advocating in favor of education, lobbying for legislative change, and streamlining BATFE processes are just some of our many efforts.

Aligning ourselves with the ASA has been an important partnership we have worked to foster for the greater good of the industry. “We have been a proud partner of the ASA over the past four years. We will continue to focus our efforts on suppressor reform, and concentrate on preserving and protecting our industry's rights on both state and national levels,” said Dave Matheny, Founder and CEO of Silencer Shop.

As of May 2019, there are over 1.65 million registered suppressors in circulation. It is time that we come together with fellow cohorts to not only protect those rights but modernize the legislation to streamline the process. Any amount of support matters, whether writing your local congressman or donating to the ASA’s efforts while checking out on our website. As Tier 1 sponsors of the ASA, we are looking forward to a prosperous year, and implore you to join our efforts especially on the cusp of an impending 2020 election.

To learn more about the ASA, visit their website.