Events , Opinion
It’s funny because this year’s SHOT show seemed a bit underwhelming while I was there. Once I got back and started thinking through the new products, it really started sinking in how many cool products are coming down the pipe!   The biggest changes this year are with rifle suppressors (both 5.56mm and 7.62mm). If the claims are true, and we’re reserving judgment until we have a chance to test, then 5.56 suppressor owners will probably see the biggest benefit overall. It also sounds like suppressor manufacturers have learned a hard lesson about announcing stuff that won’t ship for years – so we expect to see pretty much all these models in stock between April and June of this year. Here are the most exciting models:

Of all the silencer manufacturers, Advanced Armament probably introduced the most new products this year – although many of them are just refreshes of previous products. I am excited to see what they are able to pull off with both the suppression and accuracy of their new SR-5 and SR-7 suppressors. SR-5 The SR-5 was announced a couple of years ago and is finally coming to market in the next few months. If their claims of quietness are true, it will put the SR-5 solidly in the lead for 5.56mm suppression – so we’ll post results as soon as we get them. The SR-5 also uses a new 90-tooth mounting system; although, it’s a bit different from the 90T mount that was announced a couple of years ago. We’ll also post a review of the 90T mounts once we’ve had a chance to mess with them. Overall, the SR-5 has the potential to own the high-end 5.56mm suppressor market – so we’ll have to see if it lives up to the hype. SR-7 The SR-7 was announced with the SR-5 a couple of years ago. The SR-7 won’t replace the AAC 762-SDN-6; but, it will be competing directly with it. If it brings enough additional suppression to the table – as well as increased accuracy, it will probably reduce the 762-SDN-6 market share significantly. The SR-7 will also have to go head-to-head with Silencerco’s new Saker 7.62, so we’ll find out in a few months whose suppressor is going to come out on top. 556-SD The 556-SD will allow AAC to compete in the lower end 5.56mm suppressor market, and I suspect it will be very popular in that space. It’s great to see some high-performance suppressors starting to become available at such an attractive price! 762-SD The 762-SD is an older model that AAC is bringing back with some improvements. For one, it will have a full Inconel baffle stack – which is pretty much unprecedented in the target price range. The 762-SD is basically a larger version of the 762-SDN-6, and it will get Advanced Armament back into the high-suppression .308 QD market – which SWR has stolen recently with the Specwar 7.62. This is a suppressor that will live or die by the suppression results it offers, so we’ll get numbers posted as soon as they get here. 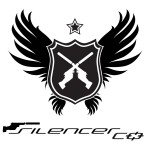 Silencerco brought their product line solidly into the 7.62mm and .338LM space with the introduction of the Saker 762 and the Harvester. I think the Saker 762 is what most people wanted when the original 5.56mm version was announced a couple of years ago – but I suspect we’ll see a better product now that Silencerco has more experience with producing rifle suppressors (under both their brand as well as the SWR brand). Saker 7.62 Based on the feedback we’re seeing, this is going to be the biggest hit of the year. It uses the same compression mount that’s used by the Saker 5.56 suppressor, but discards the Hoplon blast baffle altogether. For people looking at an accurate, durable, flexible, and compact 7.62mm suppressor – this will be at the top of the list. Harvester The Harvester should be available before the Saker 7.62, and will get Silencerco into the direct-thread 7.62 suppressor market with a bang. It’s extremely light-weight and will be selling at an attractive price point. One of the biggest problems with direct-thread suppressors is that you’re stuck with a single thread pitch. With .30 caliber suppressors, this isn’t a huge deal; but, the .338 market isn’t standardized at all – so being able to swap the thread out is a big deal. Having said that, the initial offering of thread inserts for the Harvester seems a bit anemic so Silencerco will need to get some additional inserts on the market pretty quickly for this suppressor to reach its full potential. To top it all off, this suppressor is rated all the way up to .300WM – and there’s even a .338LM version available! We’ll post more results once we see how it performs – as well as whether that brake on the front actually makes any difference.

Yes! The Ryder is finally shipping, and we should have them soon. The Ryder will be a very lightweight, user-serviceable rimfire suppressor that uses an indexing click-together baffle design. For those who have been waiting, there should be a lot of excitement – and we can’t wait to see how it performs.

Phantom LT Titanium The only new suppressor is the Titanium Phantom LT, which is an extremely light-weight suppressor that should mirror the stainless Phantom LT when it comes to performance.

Overall, this is going to be an exciting year with all the new products – and we’re hoping to have received just about everything by the end of Q2. We’re planning a lot of changes ourselves which will be pushed out over the next month, and one thing we’re working on is releasing a lot more product videos – so keep an eye on the website as these new products arrive!
0 Comment(s)
My Wish List
Last Added Items
Go to Wish List
You have no items in your wish list.
Categories
Recent Posts