Shooting , Silencer Reviews
We get a lot of questions from people who are wondering whether plated .22 ammo will shoot cleaner than the non-jacketed stuff we're all used to.  The main issue with rimfire ammo is that the non-jacketed rounds will cause lead build-up in suppressors - which is why almost all .22 suppressors come apart for cleaning. On top of the lead build-up, .22 ammo tends to be dirty anyway; but, for this test, we wanted to focus on the difference that copper plating makes - so we decided to go with a box of 525 rounds of Remington brass plated hollow points.  We also decided to use a brand new SWR Warlock II suppressor since the new click-together baffles make it very easy to tell how much crud really was collected inside the suppressor. 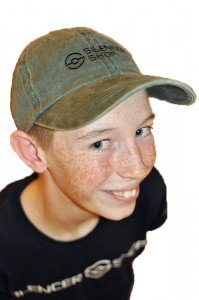 Mr. Subsonic generously volunteered his time to shoot all 525 rounds out of a Browning Buckmark pistol - and I could tell that his fingers were getting a bit sore from loading magazines by the end. :) Regardless, the results were interesting! Anyone who's shot 500 to 1000 rounds through a rimfire suppressor is familiar with the crud that comes out when they take the suppressor apart for cleaning.  (I generally don't really clean the suppressor as much as I just shake the crud out, clean the threads, and put it back together...)

Personally, I expected similar results with the brass plated ammo - but it was surprisingly clean!  You can check out this picture for an idea of exactly how it looked when we took it apart. 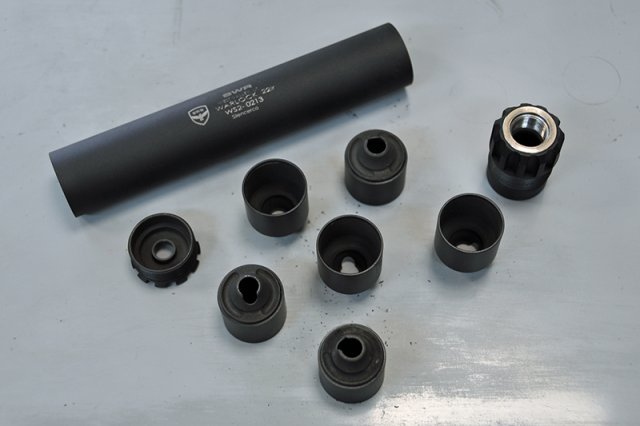 That picture shows everything that came out of the suppressor when we took it apart; which, once again, was surprisingly little.  (I really wish we had taken a picture of the Spectre II suppressor last weekend after putting several hundred rounds of non-plated ammo through it.) Anyway, now that we've done the test, I have to admit that the results probably won't matter much to most people; but, if you're looking to keep your rimfire suppressor a bit cleaner, then plated ammo does seem to make a pretty big difference.
0 Comment(s)
My Wish List
Last Added Items
Go to Wish List
You have no items in your wish list.
Categories
Recent Posts