Hunting with the SilencerCo Omega

Hunting with the SilencerCo Omega

Silencer Reviews
I have to admit that the first thing I thought of when I heard about the new SilencerCo Omega suppressor was my first car - a 1976 Oldsmobile Omega. :) 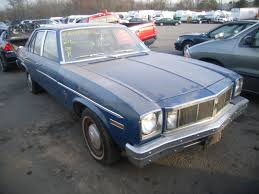 Fortunately, this new suppressor is nothing like the car (although I do have to admit that I loved that thing). Anyway, this last weekend I had an opportunity to take my 13-year-old daughter deer hunting for the first time.  My typical go-to hunting suppressor is the SilencerCo Harvester; but, since we had just received our first production model of the Omega, I decided to give it a try.  (I threw the Harvester in the truck as well just in case the Omega didn't work out for some reason - but that turned out not to be an issue at all.) My first 2 kids got their first deer using a Weatherby .308 Vanguard rifle that I loaded with a lightweight 120gr bullet running at about 2200 fps.  This time around, I decided to try out .300 BLK - even though I had never used one on a game animal before. What I ended up using for her hunt was: We loaded everything up a few days before the hunt so she could get a feel for the rifle; and, was once again impressed with the usefulness of the .300 BLK for this type of application.  She picked it up and was immediately shooting pretty good groups - and went through more than 50 rounds with no complaints about recoil.  (I always try to keep my loads light enough to match the kids' sizes so they won't develop a flinch, and the .300 BLK was perfect for her.) Even though we didn't have the sound meter - it was obvious that the Omega is an excellent performer, and neither one of us were even close to the line where we might want additional hearing protection.  I can't wait to get it out to do some more scientific testing over the next few weeks!

When it came time for the hunt, we headed out to Brady, TX and spent a couple of days in a blind before we saw a doe that she could take a shot at.  It was a perfect shot at ~60 yards, and the animal dropped almost immediately - proving the effectiveness of this VOR-TX ammo. There were several bucks in the field when she took the shot; and, instead of bolting immediately, they all tensed up for 10 to 20 seconds before bolting as a group.  My suspicion is that they were trying to figure out which way to go since a suppressed shot can't be localized the same way a non-suppressed shot can. We made plenty of noise banging around in the blind after the shot - so the confusion didn't last long.  The excitement of that first hunt is impossible to beat, and she was shaking with adrenaline after the shot. For people who haven't hunted with suppressors, I can't even describe how much better the experience is - especially with kids! After getting the doe cleaned up back at the camp, I talked to some of the other hunters who mentioned the difference in sound between a suppressed and unsuppressed shot.  Since we were shooting supersonic ammo - the shot could still be heard nearby; but, it has a much different sound than a non-suppressed shot. At the end of the weekend, I'm convinced that the Omega will be my new go-to suppressor for hunting.  It's versatile, light-weight, accurate, durable, and compact - which is exactly what a hunting suppressor should be!
0 Comment(s)
My Wish List
Last Added Items
Go to Wish List
You have no items in your wish list.
Categories
Recent Posts